Tech Insight : What is a Discord Server? 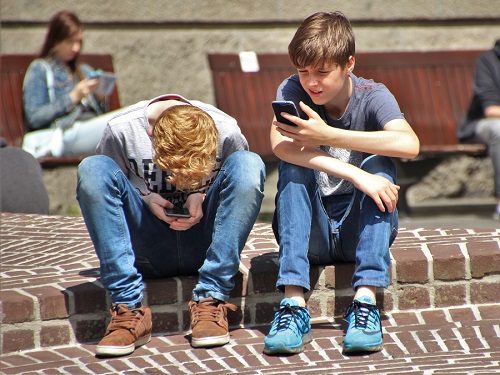 In this insight, we look at what a ‘Discord server’ is, how to set one up, and the pros and cons of Discord servers.

Launched in 2015, ‘Discord’ (https://discord.com/) is a (free to access) voice, video and text chat app where users can set up their own public server / dedicated virtual room / topic-based channel known as a ‘Discord Server’. This can be used as a platform for exchanging ideas, news, or details about shared interests. Users can set up invite-only, topic-based channels to collaborate, share, or just talk without clogging up a group chat.

Discord, which is mostly popular among younger users, was originally set up for those interested in video games and has grown to become a social network with 150 million active monthly users, 19 million active servers per week, and 4 billion server conversation minutes daily.

Discord is free, although there are two subscriptions for Discord ‘Nitro’ which gives users more uploads allowance (50MB or 100MB) and other benefits like custom emojis and HD video streaming.

To use Discord and set up a Discord Server (a channel), you’d need to :

– Click on the plus symbol (left-hand side of the page).

– Specify whether the server is for friends or for an official club/community (this question can be skipped).

– Choose and enter a name for the new Discord server, i.e. one that represents the topic of that channel/server, such as #Mr_Bean (servers identified by a hashtag #).

Users can then be invited to the server or find links online to access it.

Although under-17s can still register and use the platform, it has a teen rating on the Google Play store and has a 17+ rating on the Apple Store.

Although Discord group chats can be created without a server, this limits the number of participants to 109 per group. Setting up a Discord Server means there can be up to 25 participants per Discord channel using the text and video chat at the same time. A Discord server can contain up to 500 channels.

Some of the disadvantages of having a Discord Server include:

– Parents may wish to note that Discord servers can contain adult content, so may not be suitable for very young users, plus conversations are private to a group so may be difficult to monitor.

– There can be extra costs, e.g. in addition to the Nitro subscription, users can spend money on other users by donating to channels they follow or joining paid-only servers.

– From a business point of view, there are no ads on Discord.

Advantages of Discord servers include:

– It is free (if users don’t subscribe to Nitro) and, particularly for younger users, it is a great place to discover other people with similar interests, learn more about those interests, and to build a community.

– Discord servers are flexible and customisable.

– Discord can be an effective way to market a brand and increase brand awareness, e.g. of an electronic game or similar.

– Many streamers and public figures, for instance, offer private channels on the app that are only available to people who subscribe to their Patreon, which makes it useful for generating new users.

– It’s easy to use the app and communicate, there’s lots of functionality, and it can be accessed on-the-go.

Discord is proving to be increasingly popular among young people and it has been rumoured that Microsoft is interested in buying it. For businesses, Discord’s focus on serving groups with specific interests can provide businesses with a way to closely target specific interest groups and build users. It’s also a platform that is used by influencers and, therefore, provides another way for businesses to reach specific audiences. One of the challenges that Discord could help businesses with is being able to develop a community on a deeper level and develop real engagement with a brand. Discord can provide a way to build the kind of storytelling that’s so important to effective branding and create a real a buzz that could build sales. Discord also offers businesses another route to offer highly efficient customer service.