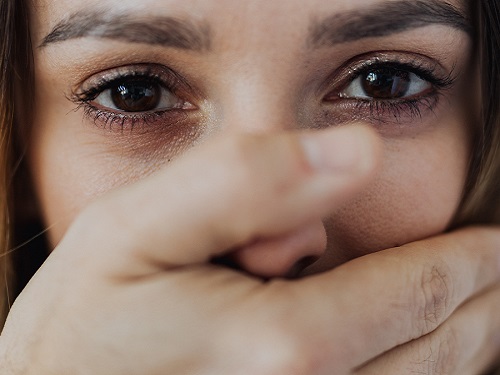 With domestic abuse on the rise, particularly since the pandemic lockdowns, we look at some of the chilling ways that smart devices and other technology are being used as a tool by abusers.

A BBC Panorama and Women’s Aid joint investigation obtained UK police figures showing that there was one domestic abuse call every 30 seconds in the first seven weeks of the UK’s lockdown. Also, the UK ‘Dead Women’ project, that records the killing of women by men, revealed that there had been at least 16 killings between 23 March and 12 April 2020 (including children). In June, domestic violence helpline calls reported a massive 80 per cent increase.  Although domestic abuse can also affect men, the vast majority of victims are women and it estimated that one in four women will experience some form of abuse at some point in their lives.

According to the National Domestic Violence Hotline, domestic abuse and violence is a learned behaviour e.g. from growing up or from friends, is used to gain and maintain power and control and is used by those who believe they have the authority to control and restrict an intimate partner/ex-partner’s life, thereby dismantling any equality in a relationship. It should be remembered that as well as the emotional and mental trauma suffered by victims, abuse can often involve physical injuries and death.

Perhaps surprisingly to many people, the charity Refuge (which has a tech abuse service) has reported that 70 per cent of its service users have received tech-related abuse within their relationship.

What Is Tech-Related Abuse?

Tech-related abuse can include partners and ex-partners constantly calling texting and messaging or sending “friend requests” to family and friends, using social media and email to harass a partner/ex-partner or to harass their partner’s employer and clients, and sharing or threatening to share a person’s information/photos/intimate images online.  It can also even include partners/ex-partners hacking children’s iPads, Xboxes and PlayStations, stalking and harassing via fake social media profiles, installing apps such as ‘find my iPhone’ onto a device, using a Ring doorbell to track movements, using key-logging software, and even using a virtual assistant e.g. Amazon Echo to effectively bug a house by exploiting a feature that lets users remotely connect to enabled smart speakers.

Refuge provides a number of pdf guides on its website (and via links to US partner NNEDV Safety Net’s website) to help survivors of abuse to understand how to use different devices, apps, websites and networks safely. For example, these include ‘iPhone privacy and security’, ‘Technology safety and quick tips’, ‘Staying safe on Facebook ‘and even ‘Internet of Things (IoT) Home Automation: Survivor Privacy Risks & Strategies’.

Domestic abuse is a crime and should be reported to the police. There are also many other organisations that can offer help and advice.  For example, many of these are listed on a UK government web page here: https://www.gov.uk/report-domestic-abuse

Technology can be used for bad as well as good and perpetrators of domestic abuse now have many technology routes to stalk, isolate and control women (and men).  There is an argument, therefore that technology product makers have a responsibility think through the consequences of their creations and accept some of the burden of safety, rather than leaving it to end-users to try and educate themselves for protection.  For example, IBM has developed a set of design principles to guide device and software-makers so that there is not an assumption that every user would like their data/information shared with all family members (which could allow monitoring of their whereabouts).  Also, device and software makers could consider adding safeguards such as alerts when a person’s device is being remotely monitored (with a manual override) and even, perhaps intelligent monitoring of free text fields that some abusers are known to use to send abusive messages e.g. online bank transfers or gift notes added to internet shopping purchases. Just as social media companies have found themselves to be in the news and under pressure over the spread of hate speech and online bullying via their platforms, so more attention should be given to how the makers of devices and software could be doing more to protect all users and prevent their products from being easily used by abusers.